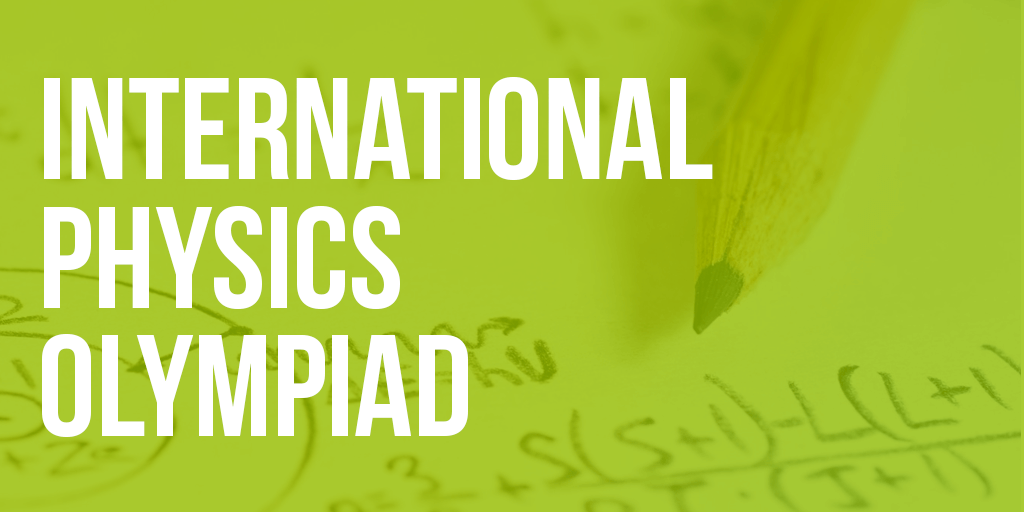 International Physics Olympiad is an annual physics competition for high school students. It is one of the International Science Olympiads. The first IPhO was held in Warsaw, Poland in 1967. The IPhO 2018 would be held in Lisbon, Portugal.

Each national delegation is made up of at most five student participant and two leaders who are selected on a national level. Mentors and teachers are a part of this delegation. The students participate individually through a set of high intensity difficult theoretical and practical questions.

IPhO is a competition between individuals and each participant has to solve both theoretical and experimental problems. The competition lasts for two days. One day is devoted to theoretical problems. Three problems with a duration of five hours involving at least four areas of physics taught in secondary schools, the total number of the marks is 30. The other day is devoted to experimental problems which consist of one or two problems with a duration of five hours, the total number of the marks is 20. These two days are separated by at least one full day of rest. The problems are prepared and chosen by the host country, and they have to be accepted by the International Board which consists of the delegation leaders from each participating country.

The National Science Olympiad starts with the examination of nearly 1400 schools participating across the country. This culminates into the IPhO., which is held at a global level. The main aim of these examinations is to assess the conceptual understanding, logical reasoning, laboratory skills, and above all, ability to apply problem-solving skills to novel situations, both theoretical and experimental.   The training is included from the third stage of the programme and two stages do not necessarily require any specialised coaching outside the regular school system. 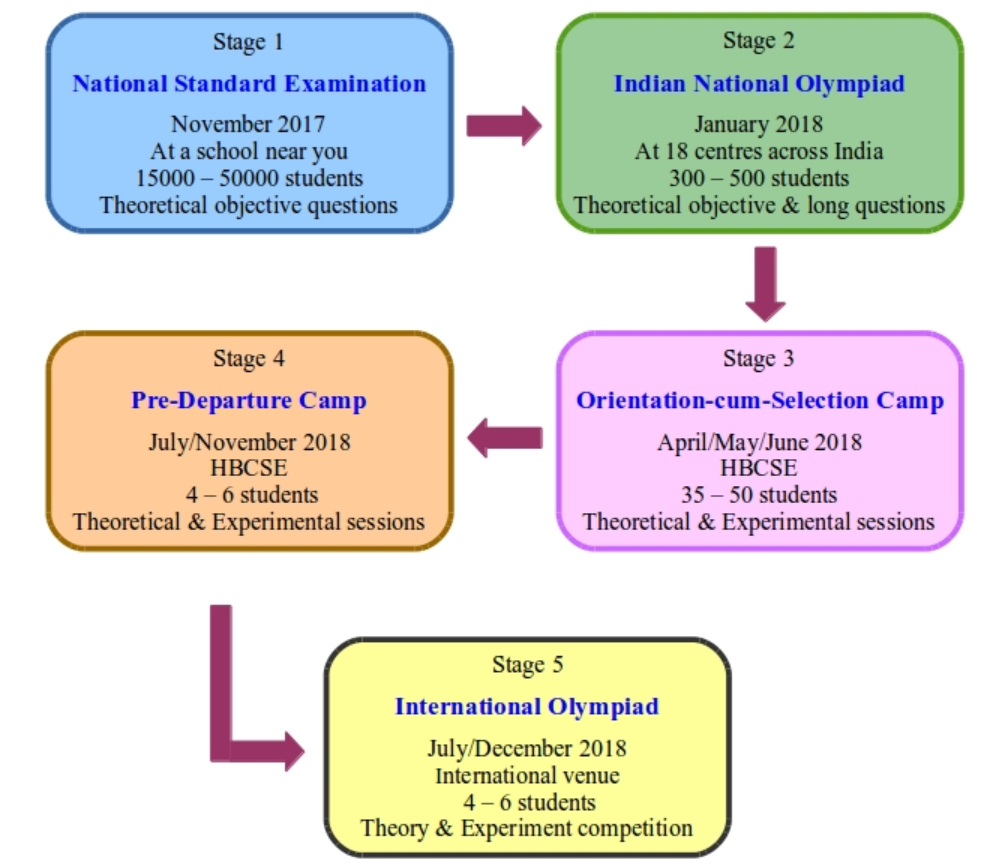 The first stage examination, the National Standard Examination (NSE) is the organisational responsibility of the Indian Association of Physics Teachers (IAPT). The NSEs are tests with objective test pattern and are offered in English and Hindi, with additional languages by IAPT itself. The syllabus is equivalent to up to std. 12 of the CBSE. However, the questions can be of a higher difficulty level at different stages of the Olympiads. These exams are held close to the end of November every year at nearly 1400 centres across the nation. Students can register for this preliminary stage at their own schools. The registration fee of Rs.100 is the only fee which a student has to pay in the entire process up to the international Olympiads.

The best-performing students from the NSE (approximately 300) qualify for the second stage, which is the Indian National Olympiad (INO). The responsibility of the programme from this stage onwards lies with the HBCSE. The INO is held in late January at about 18 centres across the country. The syllabus is the same as that of the NSE. The test consists of objective as well as long questions.

The top students from the INO (approximately 35) are invited for the third stage, the Orientation-cum-selection camps are held at the HBCSE during April to June. At these camps orientation is provided to students for the Olympiad level of theoretical, experiment tasks with the emphasis on developing conceptual foundations and problem-solving skills. Students are exposed to different innovative experiments with the aim on building the conceptual and procedural understanding. Various tests are conducted at the camps, on the basis of which a few students are selected to represent India at the International Olympiads.

The selected team undergoes various rigorous workshops for 8-10 days prior to the departure for the IChO at the HBCSE. Special laboratories have been developed in HBCSE for this purpose. Resource persons from different institutions across the country are invited to the training camps.

Finally, this culminates into the IChO, along with the team, 4 teachers or mentors are sent.

It would be solely the candidate’s responsibility to see to it that he/she meets the eligibility norms. If not, he/she is liable to disqualification.

You can get in touch with your school Headmaster to check whether your school is a NSE centre. If, yes then you can directly pay the fees and your school would be given the required guidance pertaining to the NSE.

If your school/college is not a registered centre, then you could visit the website: www.iapt.org.in.

The website would display the details of the registered centre for last year. This might help you to locate the nearest centre you and enrolling your name at the centre by paying the required fee.

Registration for the IPhO

The host country covers all costs from the arrival at the location of the IPhO to the departure. This includes the costs of:

The leaders of the participating countries must ensure that their government/sponsors cover the cost of the delegation:

The syllabus for IPhO is pre university Physics. This is similar to the syllabus of the previous levels but with a higher difficulty of problems. IPhO also consists of a practical round, the syllabus of which is mentioned below:

You can find the entire syllabus for the IPhO here.