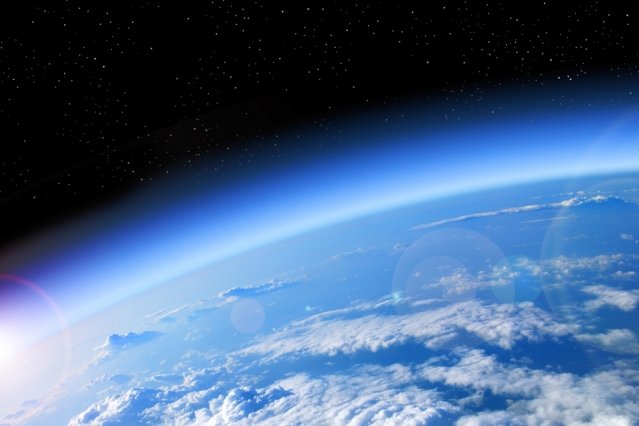 Preventing Climate Change – How can we protect ozone?

What is Ozone and why is it so important?

Let’s get our basics right, we, humans, use a sunscreen; likewise, Ozone is Earth’s sunscreen. Ozone protects us and the life on the Earth from the Sun’s harmful UV radiation. It is present high in the stratosphere, in the atmosphere. It is basically made up of three oxygen molecules, it has a distinctively pungent smell and in the lab, it will appear to be a pale blue gas.
The ozone layer is present about 20 to 30 kilometres above the surface of the Earth and has a high ozone concentration. It is like an invisible shield protecting the Earth.
Back in the mid-1970s, scientists observed that the ozone layer was threatened by the excessive accumulation of the gases containing halogens (Bromine and Chlorine). Then, in the mid-1980s, a ‘hole’ in the ozone layer above the Antarctica was discovered. The cause of this hole was attributed to the man-made chemicals containing halogens. These chemicals were collectively known as the ozone depleting substances (ODSs), mainly the chlorofluorocarbons (CFCs), which were used in air conditioners, refrigerators etc. Other chemicals like the hydrochlorofluorocarbons (HCFCs), methyl bromide-widely used in car dash boards, foams, fire extinguishers etc. also deplete the ozone layer.

International Agreements to curb the usage of ODSs and their impacts

To put a halt on the depletion of the ozone layer, the world community agreed to stop using the ODSs. This agreement was formalised in the Vienna Convention for the Protection of the Ozone Layer in 1985 and later in the Montreal Protocol on Substances that deplete the Ozone Layer in 1987. The World Ozone Day commemorates the Montreal Protocol. For the first time ever, Vienna Convention and the Montreal Protocol become the first treaties to achieve universal ratification. The substances covered by the protocol are referred to as the ‘controlled substances’. The list mainly includes chlorofluorocarbons (CFCs), hydrochlorofluorocarbons (HCFCs), halogens, methyl chloroform, carbon tetrachloride and methyl bromide. The damage that is caused to the ozone layer by each of these substances is expressed as the Ozone Depletion Potential (ODP).
Further, in 2007, an additional commitment was made to freeze the production of HCFCs in the developing countries by the year 2013 and to phase out them by 2030. These international agreements tremendously impacted to reduce the use of the ozone-depletion substances. Scientific monitoring has shown that the ozone layer has started to recover. Though, a full recovery is not expected to occur before the middle of the 21st century. 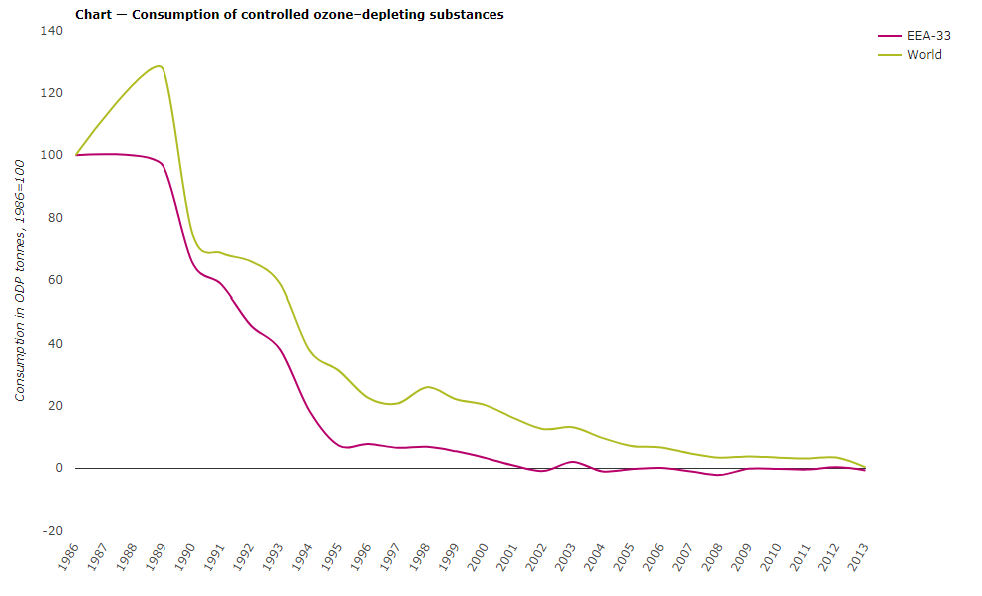 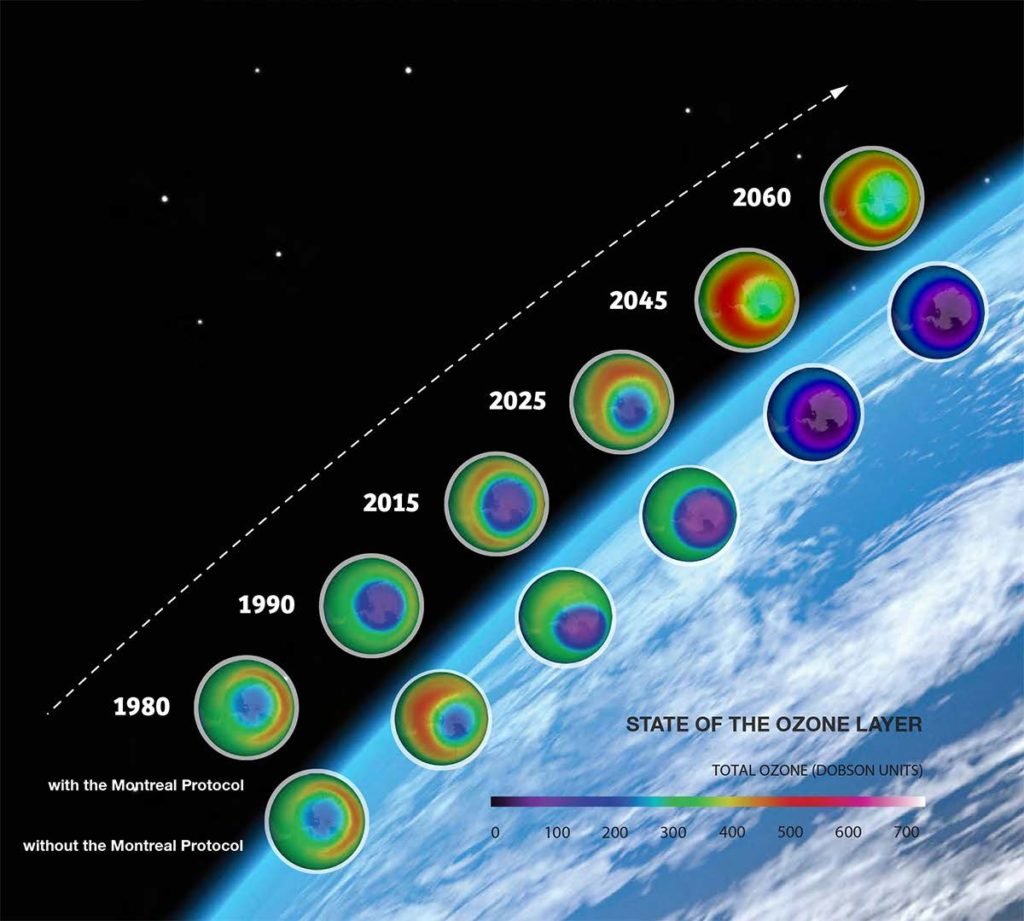 ODS Substitutes and their effects

Now, the reduction of the ODS has given a rise to the usage of fluorinated gases (F-gases). These F-gases are the substitutes of the ODSs and the F-gases are used in many sectors like the refrigeration and air conditioning. F-gases include hydrofluorocarbon (HFCs), perfluorocarbon (PFCs) and sulphur hexafluoride (SF6). Though these gases do not deplete the ozone layer, they all are greenhouse gases. They have an impact on the climate change. It has been observed that the F-gases are far worse than the conventional greenhouse gases. To put it in numbers, some F-gases have a greenhouse effect that is up to 14000 times more powerful than the same amount of effect caused by the carbon dioxide. But, the emissions of the F-gases are far smaller than those of the carbon dioxide. Still, it has been observed that the emission of the F-gases is on a rise since the 1990s.
F-gas emissions are monitored under the United Nations Framework Convention on Climate Change (UNFCCC) and its Kyoto Protocol. F-gases contribute for about 2% of the global greenhouse gas emission. Worldwide many countries have taken measures to curb the F-gases, led by the European Union (EU). The world community is committed to reducing the F-gases by 80% of today’s levels by 2030.

Still a lot to be done…

The global consumption of the ODS has drastically reduced by some 98% after the Montreal Protocol. As a result, the atmospheric concentration of the most aggressive types of ODS is falling and the ozone layer is showing signs of recovery. Nevertheless, it not expected to recover fully before the second half of this century. Much needs to be done to ensure for complete recovery of the ozone layer and to reduce the impacts of the ODS on the climate change.